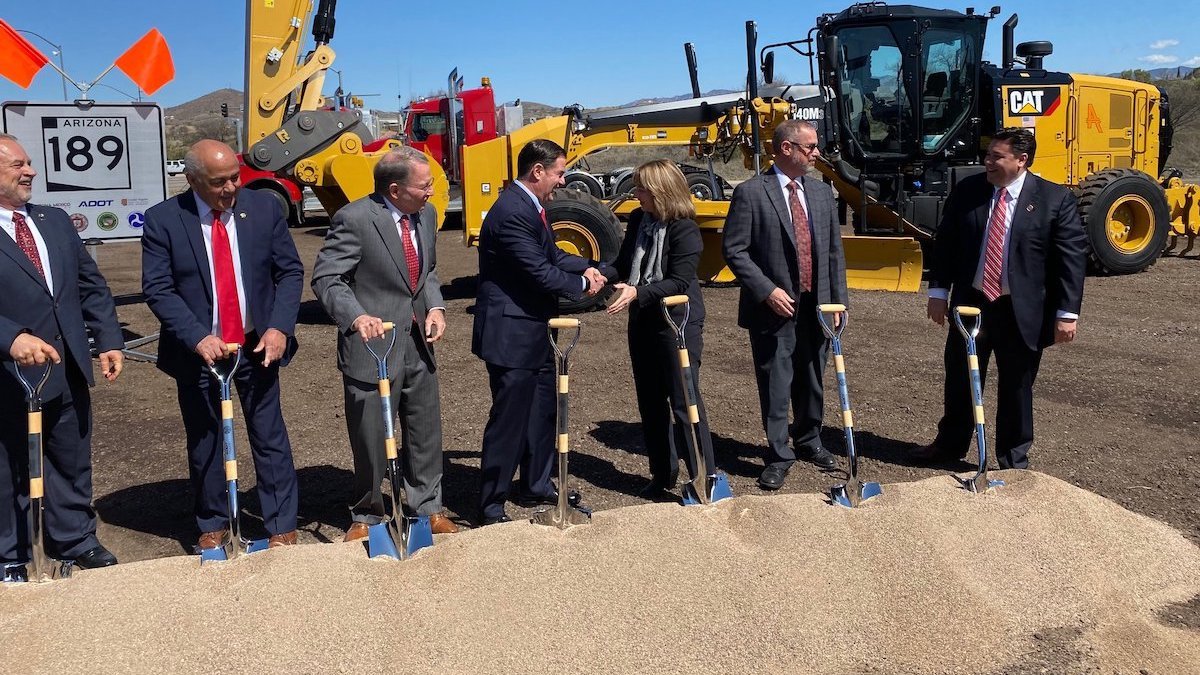 A groundbreaking ceremony was held in Nogales, Mexico to start a $134 million road project separating commercial trucks from local vehicles that use the Mariposa port of entry into Arizona.

Two flyover ramps will ease traffic congestion as more than 300,000 trucks, many loaded with time sensitive produce and electronic parts, pass through the port every year. According to Tucson News, The project will make the area safer for residents and boost cross-border business.

A few years ago, the Mariposa border crossing received a $250 million upgrade. The upgrade allowed commercial trucks to pass through the port of entry quickly, but once they got through to the other side, traffic came to a halt. The increased traffic and congestion in recent years means that more work needs to be done. More than 1,000 trucks per day pass through the port. The port is an essential part of the infrastructure needed for Arizona to continue to be the number one trading partner with Mexico.

During certain times of year, half of the produce consumed in the United States comes from Mexico. Increasing the speed by which commercial trucks are able to pass through the port of entry and reach their final destination can mean the difference for fresh edible produce on store shelves. Produce trucks waiting in traffic jams on State route 189 waste precious time and precious goods.

Arizona Gov. Doug Ducey was the guest of honor for the groundbreaking. The state chipped in $25 million for the project.

“Arizona is the No. 1 trading partner for Mexico,” Ducey said. “This will allow us to compete and defeat places like California and Texas.”

While infrastructure projects rarely make headline news, this one can make a billion dollar difference in economic opportunities. About $134 million dollars will fund four miles of roadway allowing trucks to bypass nearly half a dozen stop lights and other traffic. The new stretch of road will allow trucks to pass right through the Mariposa port of entry and onto I-19 and beyond quickly and easily.

Want to get notified whenever we write about State of Arizona ?

Sign-up Next time we write about State of Arizona, we'll email you a link to the story. You may edit your settings or unsubscribe at any time.