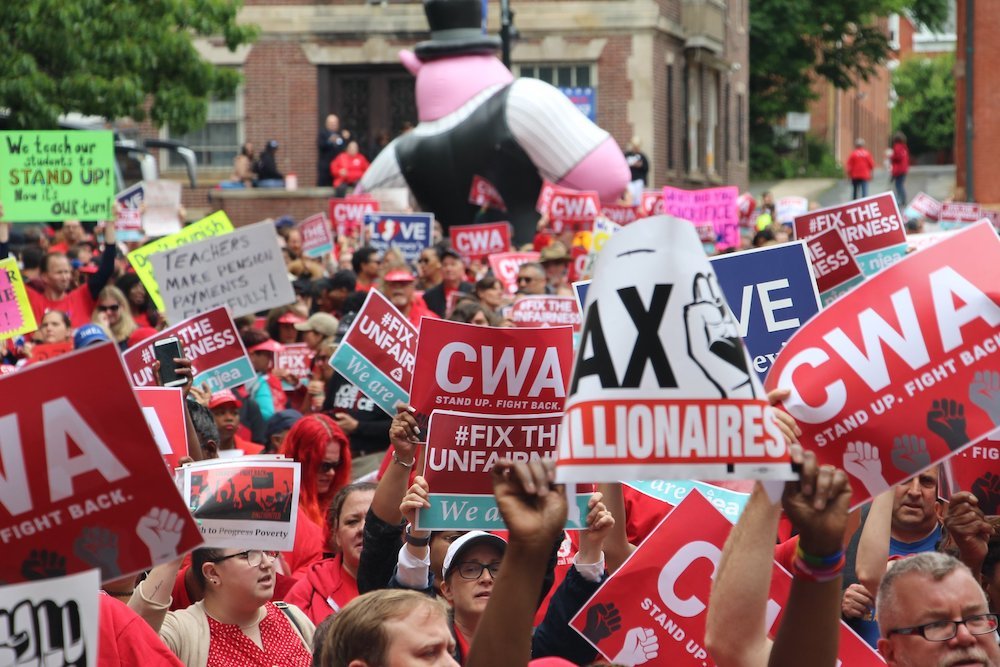 The brand-new Nogales City Employees Association (NCEA) is looking to overthrow the Communications Workers of America (CWA) union as it has its eyes set on representing the 143 city workers who are categorized as non-confidential employees.

“NCEA intends to replace CWA as the bargaining agent for these employees as soon as possible,” Martin Bihn, a Phoenix-based lawyer who represents NCEA, wrote in a Feb. 21 email, obtained by Nogales International, to City Attorney Mike Massee.

Bihn told Nogales International that it “shouldn’t take more than a few weeks” for NCEA to attract enough people to supplant the CWA.

Linda Hatfield, the president of CWA Local 7000, told Nogales International that she doesn’t believe NCEA will attract the necessary support. She added that the NCEA was never able fulfill its promises to city employees.

“Somebody can’t just say they’re going to go in and get you a raise and it’s going to happen, because it’s not,” Hatfield told Nogales International.

Currently, both organizations fall short of having a majority of non-classified employees. CWA has 37 members, while the NCEA is estimated to have about 40.

CWA is affiliated with AFL-CIO, and has been the exclusive representative for the city’s non-classified employees since 2004. NCEA already represents local police officers.

NCEA and the Nogales Police Officers Association (NPOA) are both associate organizations under the Arizona Conference of Police and Sheriffs (AZCOPS). AZCOPS and NCEA are not seen as unions, but they do charge membership dues and can legally offer collective bargaining representation to the paying members.

Want to get notified whenever we write about City of Nogales ?

Sign-up Next time we write about City of Nogales, we'll email you a link to the story. You may edit your settings or unsubscribe at any time.